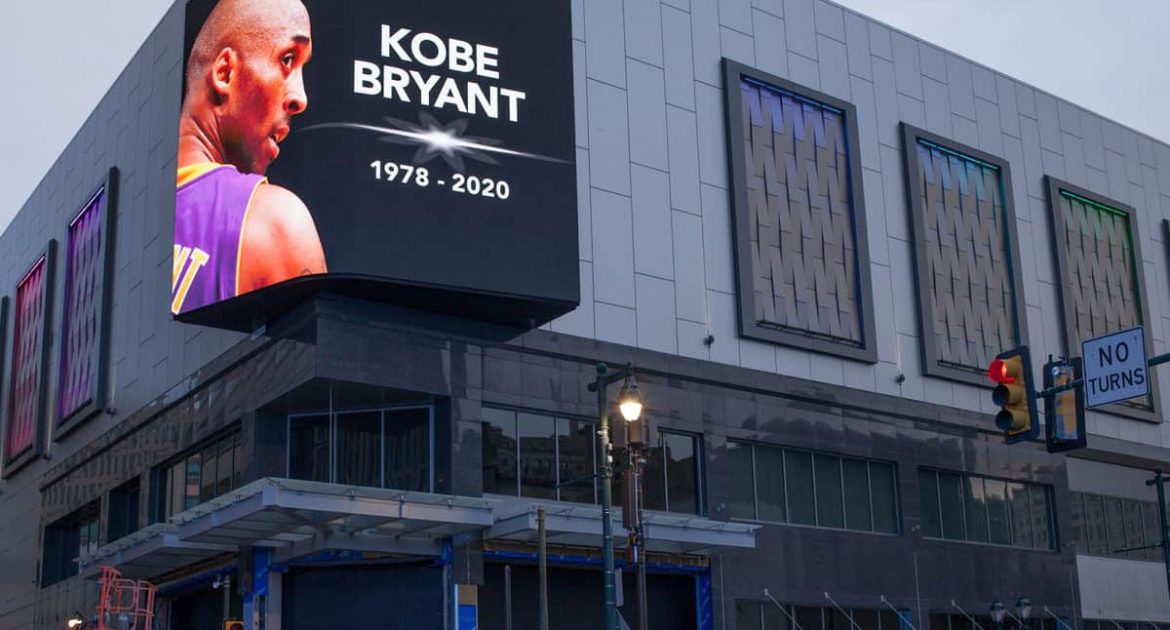 After several weeks of well-deserved tributes for Kobe Bryant and the seven other victims of a helicopter crash in California last month, most of us will move on. We will not maintain that sharp edge of loss we felt on first hearing the news.

But hang on a second. What if this time we didn’t turn away so quickly? What if we rallied to stop reacting and finally get out in front of policies, laws and attitudes that put our employees, customers and citizens at risk every day?

I’m growing tired of the high-minded pronouncements that follow major safety incidents — and the failure to act that always comes next. Whether it’s a major vehicle accident, a preventable derailment or an airline disaster, we seem to go from outrage to inertia. It’s time to change our thinking. Here is what I propose:

Don’t wait for Uncle Sam to lead. If you followed the Kobe crash, you probably learned about the Terrain Avoidance and Warning System (TAWS). It alerts pilots that they are dangerously close to land. TAWS has been on the “most wanted list” of the National Transportation Safety Board (NTSB) since 2008. The Federal Aviation Administration now requires it on air ambulance helicopters but has not mandated the technology for large choppers like the one carrying Kobe, his daughter, her coach and teammates. TAWS may have helped prevent this crash.

Days after the crash, a California congressman proposed such legislation. I applaud the action, but I lament the timing. Instead of passively following regulators, business owners need to lead the way, establishing protective policies and equipping our vehicles with proven, relevant features and devices.

Safety features and devices can be costly. But a strategic investment in safety creates a competitive advantage. Being known as the company with the best protective systems and practices can attract safety-minded clients. Give them a choice: Use us (even though we are not the cheapest provider) or take a needless chance by choosing another provider. More importantly, such an investment lets your employees know that their safety is valued above everything else.

Just because it’s legal doesn’t make it safe. The Sikorsky S-76B helicopter carrying Bryant and his party was flown by an experienced pilot who also died in the crash. Operating with one pilot, not two, was legal. Experts question whether it was safe.

Probably not, suggests David Zara, a jet pilot who has been a frequent passenger in similar helicopters. Zara told The New York Times that flying the Sikorsky S-76B with one pilot is “technically … a very bad idea.” Added pilot and instructor Doug Solbrekken, “This is a big, fast aircraft, almost like a jet. If you get into poor conditions, the workload for one pilot can be too high. With another pilot there you have help. … That’s what this helicopter was designed for.”

Only you can make a commitment to go beyond compliance. If you thought that two pilots were needed in this helicopter, would you offer passengers the option to have only one? An example from my Texas-based trucking company: A high pole truck is required to help gauge bridge height at a load of 17 feet or higher. To guard against mismarked bridges, we use a pole truck at 15.5 feet on most routes. The resulting peace of mind for us and for our clients is worth every penny.

Define your own best practice and stick with it. Most safe operators understand that compliance spells out the bare minimum and that their operating practices need to exceed that threshold.

Create a culture of organizational accountability. In the search for answers, it’s tempting to blame individuals such as the pilot.  Sometimes that is the beginning and end of the inquiry. In most cases, however, a likely culprit is a complex web of organizational and cultural factors.

Initial news reports in the Kobe incident pointed to the foggy conditions. We know that the company that owned the helicopter did not have the authority to fly in the conditions present at the time of the crash. Most companies in Southern California do not have such authority because of the generally favorable flying conditions. The foggy conditions in Los Angeles were widely known the morning of the incident, and there was less than a 45-minute gap between takeoffs in Orange County and the crash.

So, what were the factors or pressures that led to a takeoff? Why did the helicopter company fail to stop flights to the Los Angeles area, knowing the conditions and its own lack of authority to fly? Were adequate processes in place? Were shortcuts taken?

Although it may take the NTSB months to publish its conclusions, I feel confident suggesting that fog in and of itself was not the cause of the crash. What systemic decisions were made that allowed the pilot to find himself in such conditions in the first place?

Your company may lack organizational accountability and be prone to poor decision-making if the following traits are present:

You are not a superhero (and you can say no)

Many news sources report that the pilot’s decision to proceed in deteriorating visibility has experts and fellow pilots wondering if he flew beyond the boundaries of good judgment. They further wonder if pressure to get his superstar client where he wanted to go played a role in the crash. We may never know what the pilot was thinking.

We do know that pressures from our clients to get the job done are a part of being in business. There must be limits on that pressure.

Whether we’re transporting VIP clients in a helicopter or engaging in any other mode of logistics, we want to be responsive to our clients. It feels good to say yes to a request, especially one a competitor might decline. But as a professional, it’s your responsibility to assess a situation and say no if you believe the risk is too great.

Sure, your client may be upset with you in the short term, but over time you’ll earn their respect, and probably their business. If a client clearly does not care about properly managed risk, perhaps they shouldn’t be your client.

There’s a difference between being a problem-solver and donning a superhero cape. Employers need to model the behavior they want to see in their employees. For me, that starts with a non-negotiable value proposition: Safety trumps everything else, and it’s OK to say no or offer alternate solutions.

Nobody’s immune to pressure or cajoling. Protect your team with a firewall of bedrock expectations and consequences that everybody understands and agrees to.

Nothing can bring Kobe Bryant back to his family, friends and fans. But let’s let his tragic death motivate us to think differently and act boldly to prevent future tragedies. Let’s not follow the worn path from outrage to inertia.

Brian Fielkow is CEO of Houston-based Jetco Delivery and Executive Vice President of  Montreal-based The GTI Group. He is co-author of “Leading People Safely; How to Win on the Business Battlefield.” Fielkow received the National Safety Council’s Distinguished Service to Safety Award, the council’s highest-level individual recognition.